Ken has just returned from his latest trip. It was one of the most exciting and successful workshops that he has served at! We’ll update everyone on our upcoming newsletter.

When a group comes to a location for a translation workshop, they are usually broken up into smaller groups to work with a translation consultant. They are assigned chapters to work on each day. At the end of the day, they need to save their data using a specific naming convention and format that Ken has taught them. The translated Scripture chapter then needs to be combined with the chapters that translators from the other groups have completed. To make sure the data is backed up, the process needs to be done daily. Once an entire Scripture chapter is merged, it is checked to make sure that there are no missing chapter, chapter markers, verses, or verse markers missing. Finally, the data is merged into a New Testament, saved, and labeled properly for a third and fourth level of checking. Whew!!! 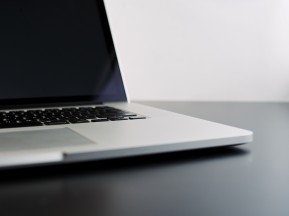 That’s a lot of clicks!

Ken spent several hours doing this on the twelve-hour plane trip home and since he’s been home, he’s been doing it off and on throughout each day. It’s not something you can do for 8 hours at a time! But it needs to be done. It’s just one behind-the-scenes job that was required in order to get this first draft of the New Testament into the hands of literally millions of people living in a sensitive area of the world.

Your prayers and financial support helped bring this about. Once again, you were a part of the team of 55 individuals that translated the New Testament into a gateway language, a language of wider communication. Once checked, published, and distributed, it will then be used as a source text to translate the New Testament into other minority languages. Much work remains but Step 1 is completed.

Thank you. It is tedious, but it will all be worthwhile.