Most people know the story of Jonah in the Bible. Runaway prophet, he ends up spending three days in the belly of a large fish after being thrown overboard by god-believing (small g intentional) sailors.

After having enough of his dark, smelly quarters, he relents and decides to follow God’s instructions to go to the city of Nineveh to warn them of God’s impending judgment. Much to his surprise and chagrin, they repent immediately.

Jonah is ticked off with God. He wanted the evil Ninevites to feel the wrath of God. He’s judgment-oriented and wants people to get what they deserve. But he testifies about the character of God when he says, “I knew that you are a gracious and compassionate God, slow to anger and abounding in love, a God who relents from sending calamity.”

After Jonah relishes in his self-thrown pity party, God quietly rebukes him, reminding Jonah that he has been concerned about the unimportant things in life (like a dying vine), rather than the 120,000 people of Nineveh that could have died.

And then comes those last four words….

“and also many animals.”

God was concerned that if the people of Nineveh were judged, their animals would suffer too.

God is an animal lover! That warms my heart since I’m pretty crazy about my dog, Brandy. 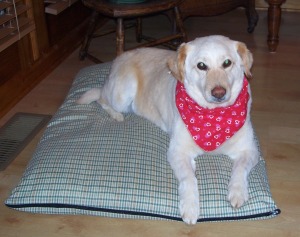 But more than an animal lover, God cares about the small ones who can’t help themselves. Isn’t that wonderful?

The work of Bible Translation does the same thing…it attempts to bring the very Words of God to those who can’t get access to it themselves. Some of those people groups are small, just thousands, but if God would lift his hand for just a few thousands Ninevites and their animals, shouldn’t we do the same?

Each month, many of you lift us up in prayer or write a check out on our behalf so that the work of Bible Translation can continue. You must have the heart of God!

So thank you. Just like God’s care of those animals, illustrated by those last four words, you care. And we’re not complaining!

Click here to see Wycliffe USA’s president and his wife say a word of thanks to you too.