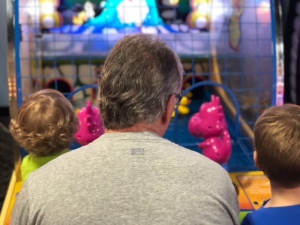 Ken just returned from his trip to SouthEast Asia. We’ll tell more stories about that in our monthly newsletter. Although suffering from jet lag, he spent the next morning with our grandkids who missed him very much while he was gone! 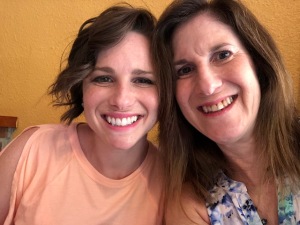 While he was away, Anne was able to spend a week with our daughter, Christine. She lives on the other side of the country, so it was a special treat to be with her. We only get to be with each other a few times a year.

When I think about how much we miss our children and grandchildren I remember how kind our parents were as we lived far from them in Indonesia for so many years. They missed those critical growing up years but supported us in spite of their loss.

Support comes in different modes. It usually means a sacrifice on someone’s part.

Thank you for your sacrificially prayer and giving month after month. Your support is immeasurable. 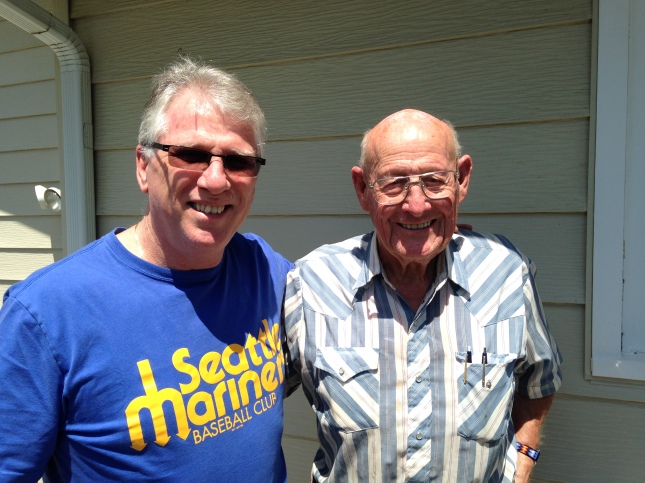 Back in 1999, Ken moved from his hometown near Detroit for a new land: Montana. Like Abraham, he heard the almost audible voice of God tell him He had a plan for his life and to start by selling all he owned and move to Billings. He might as well have gone to another country, Montana was so different from Detroit! So Ken sold his condominium, his car, and most of his belongings. Then on New Year’s Eve, he loaded up his car and, with his younger brother, made the long trek across the USA.

Ken returned to school to get his Special Education teaching degree and started a life that he felt God had called him to. Active involvement in a local church, Bible study, softball, college courses, and getting to know many of God’s people were daily activities. One of those Ken met that ultimately touched his life was Ben.

For the first six months Ken was in Billings, he slept on the floor of Bob Gates’ TINY log cabin. Bob and Ken roomed together at Michigan State University and had since become a transplant to Billings. Shortly thereafter, Ben and his wife, Lois, offered Ken a safe place to live for several years. There he grew under the tutelage of Pastor Terry Rudd, his friend Bob Gates, and the Ben Gerber family. Each were a Godly example to Ken. Each had become life long friends.

Years later, when Ken and Anne joined Wycliffe Bible Translators, Ben and Lois took us on and became one of our prayer and financial supporters. That was 26 years ago. Although Ben’s wife has passed away, Ben continues to support us at age 89.

A few years ago, Ben was still traveling and selling insurance. We asked him, “Why are you still working?” He answered, “I want to keep keep supporting you and my other missionaries.”

Ben’s son and daughter-in-law are also our supporters. We recently asked them how it was that they were still supporting us 26 years later. Mark answered,”We committed to YOU, that’s why!”

So to Ben, Mark and Vicki and the rest of you, our faithful supporters….thank you. Thank you not only for your commitment to US, but to the Bibleless peoples of the world. We’re in this together.